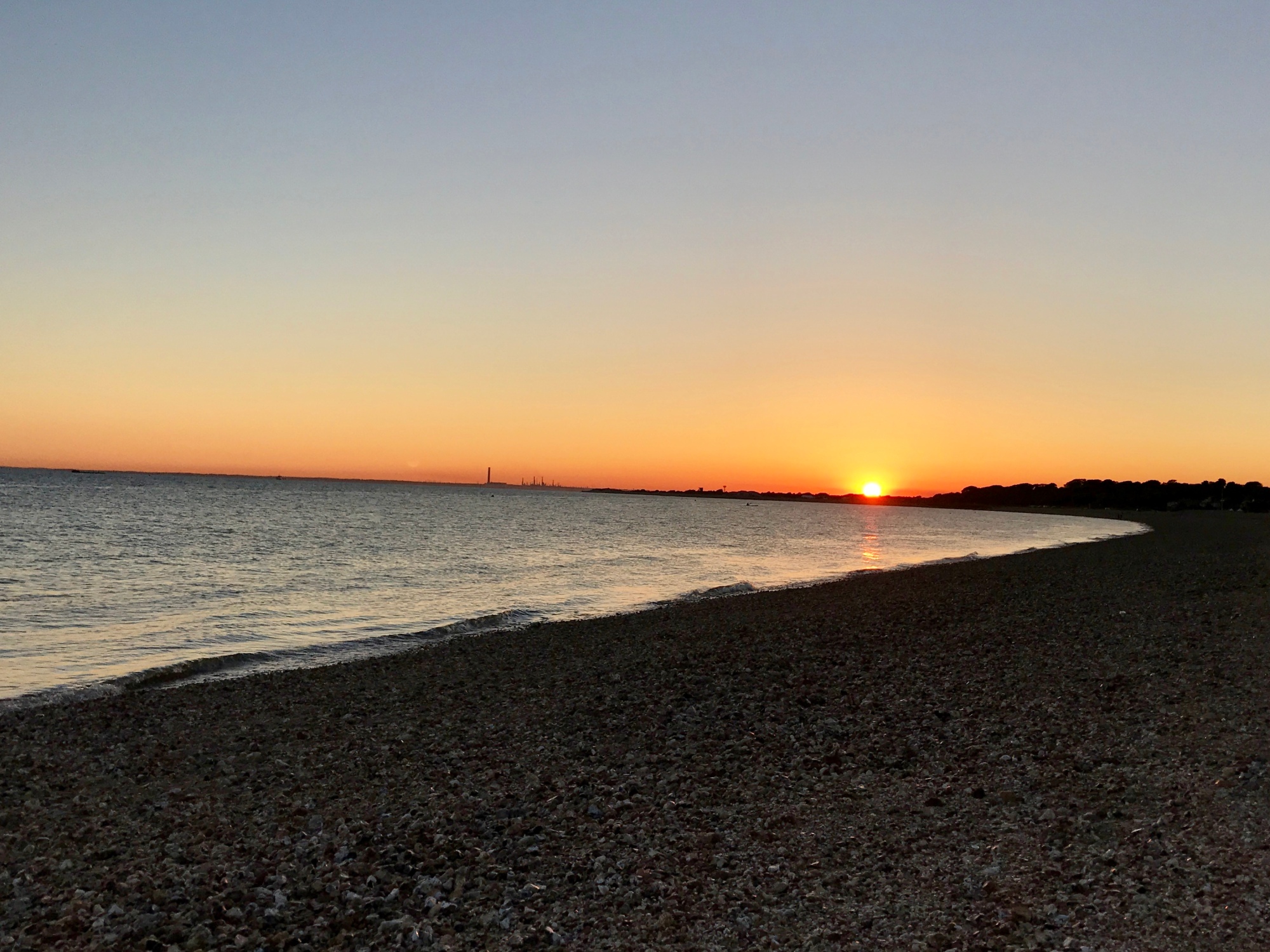 So yesterday, as you know, me and my friend were meant to be seeing Ariana Grande perform live at The O2 in London. Those shows were cancelled due to the horrific terrorist attacks on Monday in Manchester, but this was not going to stop us from meeting up and having a mini tribute of our own to both Ariana and the victims involved.

I travelled down to Lee-on-the-Solent yesterday afternoon to see my friend Hannah. The sun was out shining in full blast and there was a gorgeous blue sky, not a cloud to be found. We spent time at her house in her lush garden, feeding the fishes and then making our way down to a really nice pub/restaurant along the coast called The Osborne View, which I learned yesterday is named so as it has a direct view of the Osborne House on the Isle of Wight, where Queen Victoria often visited in the 19th century. We had a lovely dinner at the restaurant on a patio area at the back of the pub, which overlooks the sea and also the Isle of Wight itself. We both had fish and chips which in my opinion tasted divine in the summer heat.

Later on in the day, we took some blankets and some drinks down to Stokes Bay which is further down the coast near Gosport, and it was lovely. We picked the time perfectly as the sun was setting and we managed to get loads of great photos in the scenic lighting. We also had a mini Ariana Grande concert going on as we played out some of her biggest hits on the beach, it was lovely. Watching the sunset and the sea was great and it made me feel really lucky to be alive and reminded me to embrace every single day as you never know when it will be your last. Not only that but bearing in mind we are in Britain, this may be one of the only days we get some gorgeous weather, so make the most of it whilst you can.

The trip to the beach was put together as a last minute plan due to the unfortunate circumstances earlier in the week but to be fair I think I preferred this, it was the company of my friend also which I really loved. Even if we were singing and dancing at a concert or on the beach, either way, it was still a magical day.