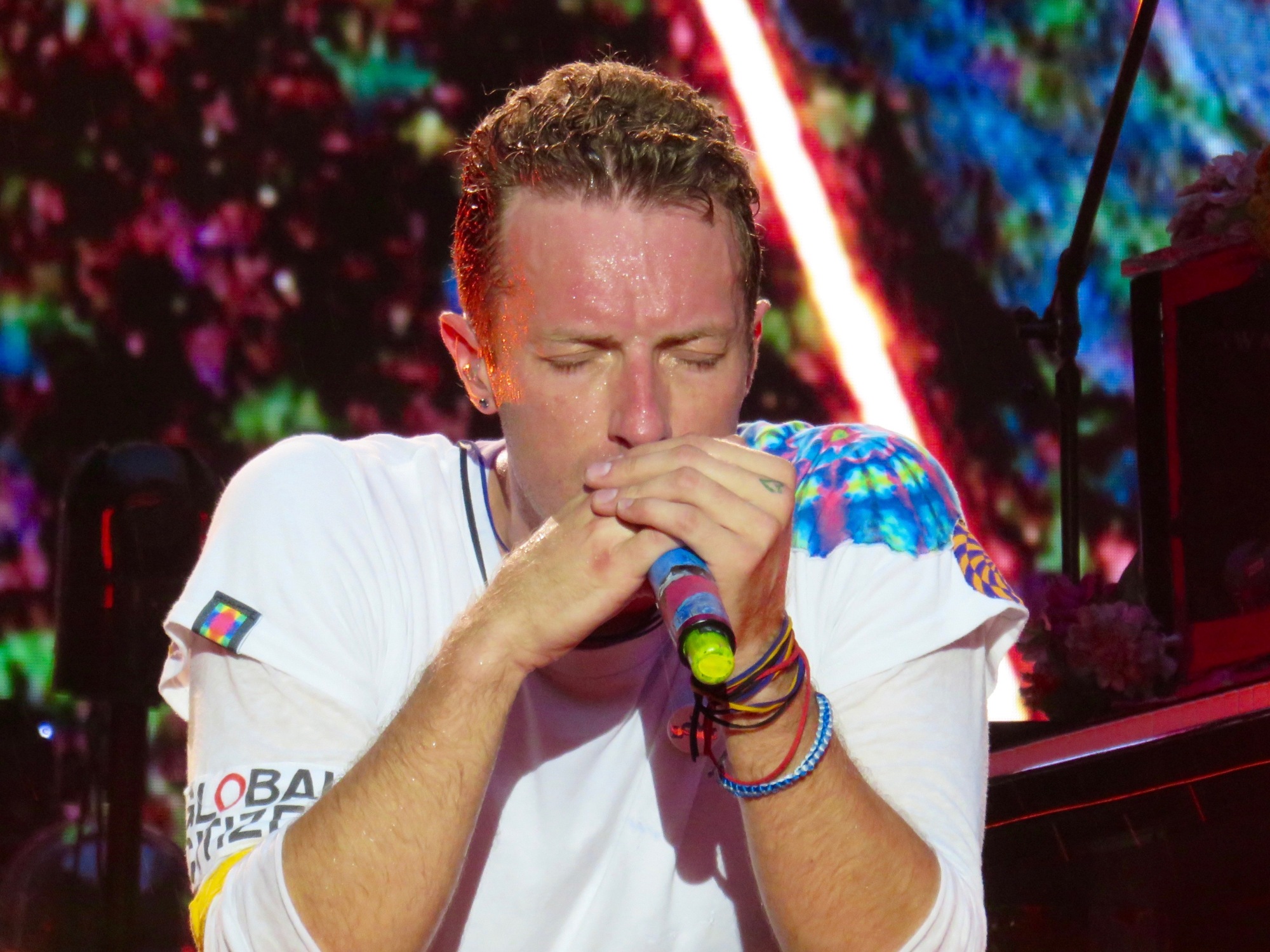 So on Sunday just gone (19/06/2016), I travelled up to the Wembley Stadium in London once again, despite only going there one week before for the Color Run. This time though, I was going inside the stadium to see Coldplay perform a sell out concert to an audience of around 70,000 people. To say that it was amazing, would be an understatement, it was epic. I am a huge fan of Coldplay anyway, so for me, sharing that love with around 70,000 people all in the same place at the same time was awe-inspiring.

Coldplay, if you live under a rock somewhere on a different planet, is one of the biggest rock bands in the world we live in right now. They originated from the UK and since releasing their debut album back in 2000 (the brilliant “Parachutes”) they have gone from strength to strength, notching up a total of 7 #1 albums in the UK alone. I think it has to be said that everybody has a favourite Coldplay song, there are so many to pick from and so many genres are covered as well. Despite being predominantly a rock band, Coldplay have recently delved into the pop and dance scene, and also mixing with disco on their recent album “A Head Full Of Dreams”.

Yes, “A Head Full Of Dreams” is the most recent album from the group and right now they are touring the world to promote this album, it is also the title track from this album which opens up the show. Right from the start, you know you are in for a great show as there is great use of confetti, fireworks, props and stunts which help to stun the crowd. I was lucky to be right near the front of the stage on the left hand side and got to be at the fore-front at a lot of these effects. There was also a B-stage where the group walked down to the end of a long catwalk to perform some hits acoustically to the back of the stadium, I mean they have to try and get everyone involved. With a packed stadium, the noise in the crowd was very loud and this was very prominent with everybody singing along to one of Coldplay’s stand out hits, “Fix You”.

There were no guest performers during the show, but when the group performed “Princess of China” which originally featured Rihanna on vocals, she was very prominent on the huge LED screens at the front of the stadium, you could tell these were purposely filmed for the show as well. Coldplay also paid tribute to the Orlando shootings on stage with Chris Martin raising the LGBTQ rainbow flag at the end of “Every Teardrop Is A Waterfall”, and also paid tribute to both David Bowie and Prince when they sang a cover of “Heroes” by the latter.

It was a fantastic night, and I am so glad I got to be a part of the show in someway by being there and witnessing it. I think my love for Coldplay has increased ten fold after seeing them live and seeing how talented they all are, Chris can write some great songs. Coldplay have threatened in the past that this latest album will be their last, akin to the series of Harry Potter books and how there are seven chapters and that is it. However, I really hope there is more to come, I mean J.K. Rowling has recently written a sequel to Harry Potter in the form of a play, so if there is demand, there will be more.

I did put together a montage video of my time at the concert, but the sound quality is not the best. I had forgot to turn off the wind filter function on my camera which means it doesn’t pick up all of the bass in the audio, due to my camera thinking the wind is the music. Oh well, you can get the gist of what went down by clicking the video below. Enjoy.

So that is it, another blog. Were you there at the concert too? Did you enjoy it? Do you hope for more music from the band? Get in touch.

Thank you for reading and see you next time.

One thought on “Coldplay – A Head Full Of Dreams Tour”