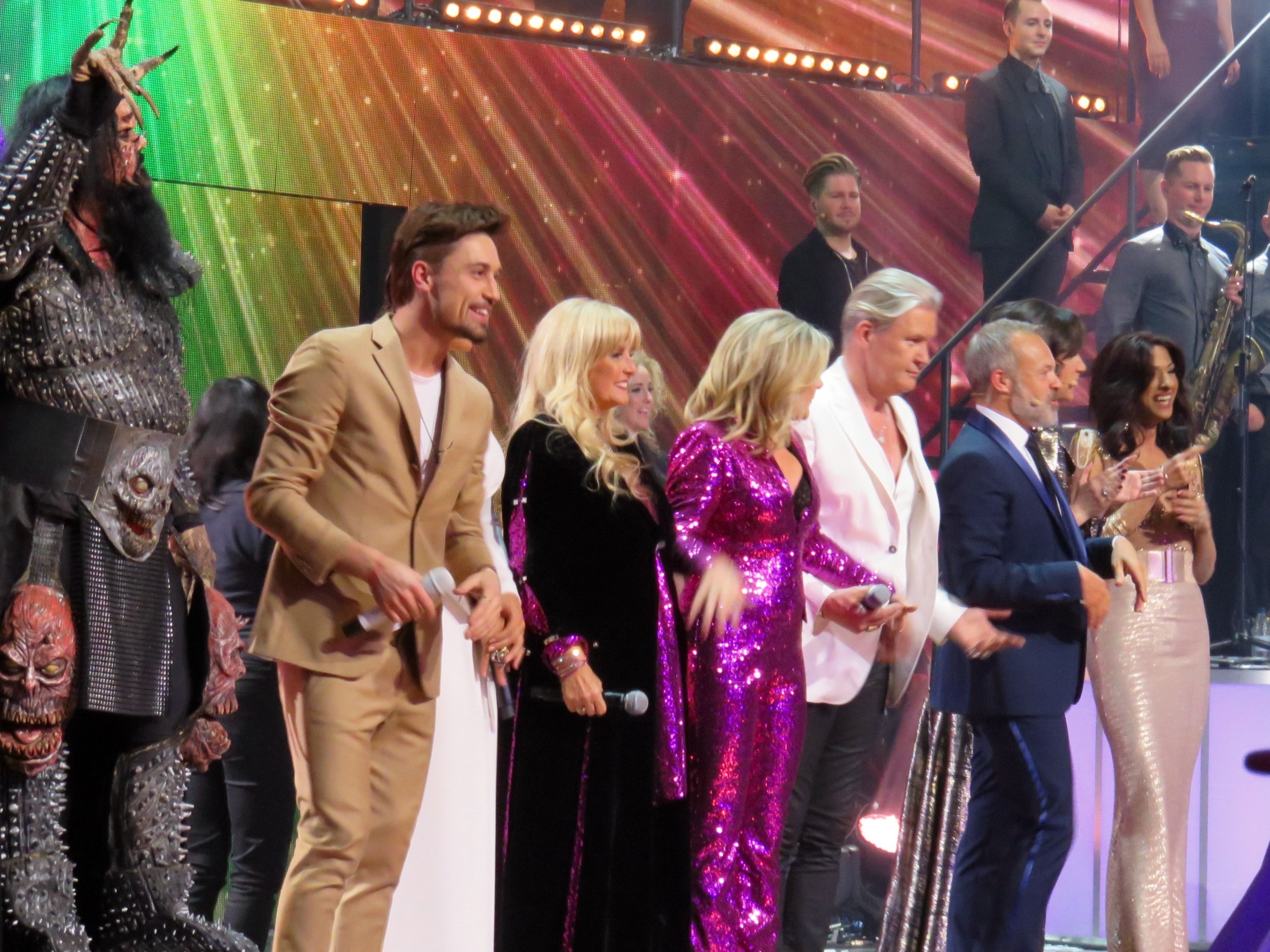 With this in mind, the BBC and the EBU have organised a special tribute show dedicated to celebrating some of the biggest Eurovision songs that there have been. At least, that was the theory. You see, some of the Greatest Hits that they are celebrating were not even winners, and some BIG hits that were huge all over Europe seem to have slipped from the line-up. More on this later though.

So the big event was held at the Hammersmith Apollo, where I went to last year to see the legendary Kate Bush by the way. There was acts of old, acts of new and we celebrated some of the biggest Eurovision songs ever to grace the stage. Of course, the big (I mean BIG) hits were missed off because it would take a miracle to have them performed on stage on a small stage in London. I am of course talking of the likes of ABBA, Céline Dion, Cliff Richard, Olivia Newton-John etc. The list can go on of course, but the acts who were booked to perform were well chosen in my opinion and each of them had a story to tell of when they were on the Eurovision stage (except, maybe Rosa).

As you can see, there were a lot of recent acts performing there. All except Alexander Rybak (who still has the highest scoring entry of all time with “Fairytale”) and Lena who won in 2009 and 2010 respectively. The 1990’s seem to have been completely forgotten apart from the 1998 winner (where was Katrina & The Waves?) and not a single appearance from anybody in the 1960’s. Credit where credit’s due though, the first ever winner (Lys Assia) did turn up to the show and there was a brief (but cheesy) segment involving Graham Norton talking to her and giving her some crown as a gift.

So you can see that they did try to get some of the biggest acts ever, and I was also surprised to see that they managed to secure Riverdance as the interval act. It was great seeing this live and the atmosphere during this segment was out of this world. It is not hard to see why this really invigorated the Eurovision audience back in the early 1990’s.

Graham Norton & Petra Mede were the two hosts of the evening. Graham Norton, of course, is the current BBC commentator for the Eurovision shows after taking over from Terry Wogan. He is an avid Eurovision fan and it was great to see him take centre stage in a UK based Eurovision show. Now we only have to go and win this thing (believe me it will not be happening in 2015) and Graham can host the actual contest. Petra Mede was the female host who you will know from hosting the 2013 contest in Malmö. Petra is very funny and witty and is a great host. I would personally like to see her more on UK television, somehow. She is of course Swedish but that hasn’t stopped Ulrika Jonsson before from coming over to the UK to work permanently. They would certainly make a dream team commentating on the contests together in my opinion.

So in conclusion, a great show. It did feel very rushed and un-professional in places but I think that is just the BBC touch (don’t judge me, just my opinion). Whenever the BBC touch something it always kind of goes… limp? Probably not the best expression but you get my drift. Whilst we’re on the subject, why on earth did they wheel our UK entry on before the show started? Just to prove even more to us how bad the song is and how badly we are going to be placed in this years contest? Probably.

The show was great though but it left me with one question, will the contest still be around in another 60 years time and who will the next set of Greatest Hits be? I don’t think anything will top “Euphoria” for a few years yet.

No video compilation this time around but I have created a photo roll video for your pleasure. Take a look.

Now on to the UK Eurovision Party on the 26th April…

One thought on “Eurovision’s Greatest Hits”