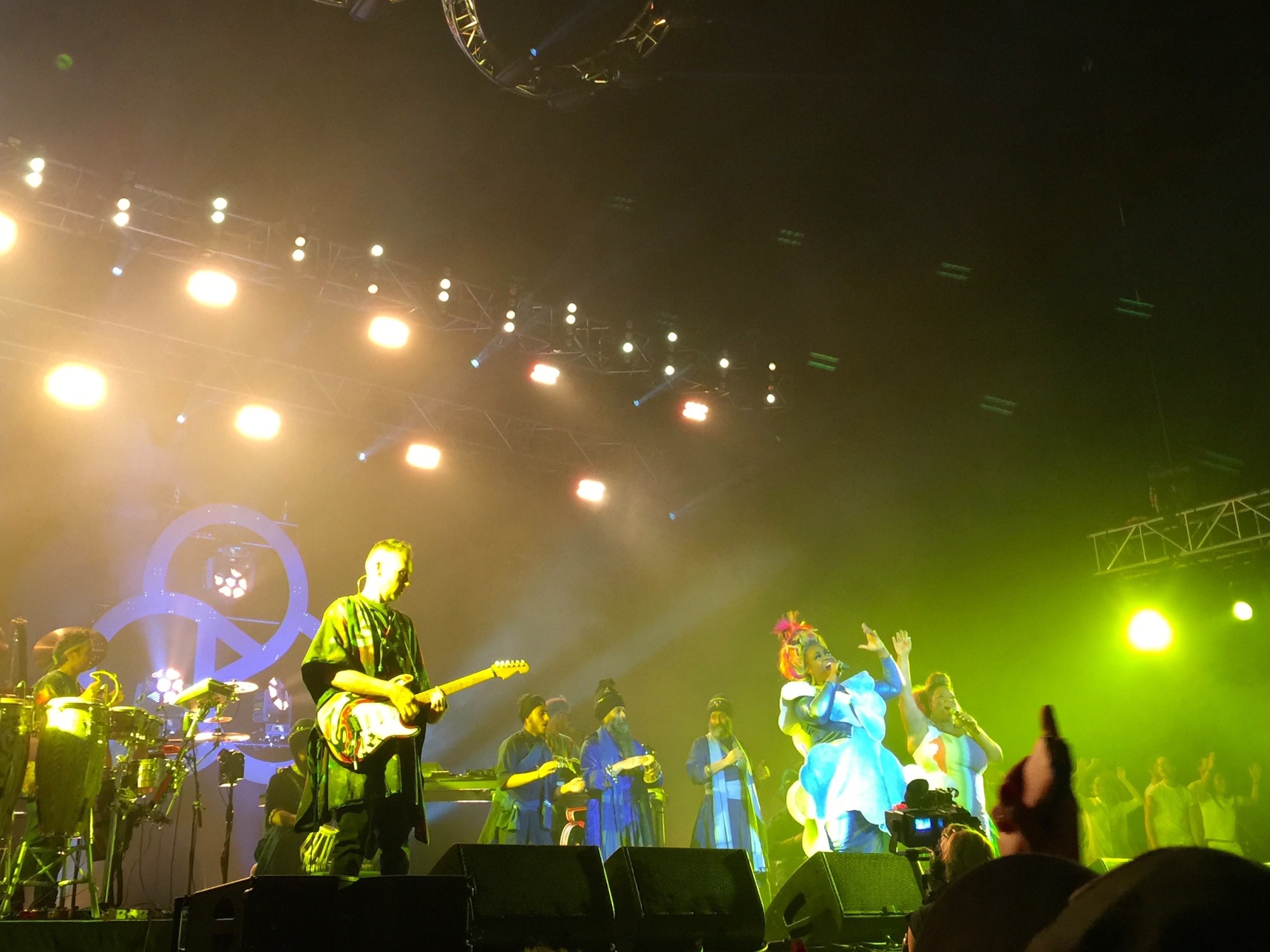 Last night I went to the O2 Arena (for the second time this year) to see Basement Jaxx perform at a gig. The show was epic and really exceeded all of my expectations.  Let me break it down for you.

So I got there and literally everybody was standing, and if you can imagine in the O2, the whole floor was crammed with people standing. The stage was minimal and was right at the top of the floor with thousands of people standing around in a giant room, it was like an enormous club dance-floor. This didn’t deter from the atmosphere, which I will come on to later.

So there were two support acts. An electronic and dance fused girl band called JUCE (which I missed in all honesty) and then Ella Eyre who has been a vocalist on some of the biggest dance songs released recently. Ella performed all of her solo material (which I wasn’t so keen on, sorry Ella) but then at the end performed the dance tracks that she was either featured on or wrote. The atmosphere then completely changed and everybody was jumping around and dancing, it was electric and it was a big build up to the main act.

There was an awkward interlude of about 30 minutes between Ella and Basement Jaxx where there was some jungle music being played and everybody attempting to get to the front of the floor for a good view. Those 30 minutes dragged and dragged. Suddenly, Basement Jaxx burst on to the stage and all hell broke loose. Gorillas performing guitar, Robots getting down, Ballet dancers dancing to drum-n-bass and Kele Le Roc (yes, really her!) performing “Somewhere Over The Rainbow”.

Basement Jaxx really proved themselves as one dance act not to mess with. They released their first album in the midst of the dance music take over in the 1990’s and even to this day are releasing ground-breaking dance tunes. To this day, they may not be so commercially successful but their latest offering (the album “Junto”, out now people) really brings me back to their hey day when they were releasing hit after hit. This gig was mainly in support of the new album but it was great seeing perform the old classics such as “Red Alert”, “Rendez-Vu”, “Good Luck”, “Oh My Gosh” and “Where’s Your Head At?”. There were loads of others of course but these were the ones that really stood out. If you get a chance, try and stream the new album on Spotify as it is really worth a listen.

So, I was lucky to be right at the front of the floor and got some great views. I have taken loads of pictures that you can find at www.flickr.com/photos/dizzydjc

Please also check out the montage video that I also put together. Please ignore the shaky cam in bits but as you can imagine it was a pretty jumpy show.