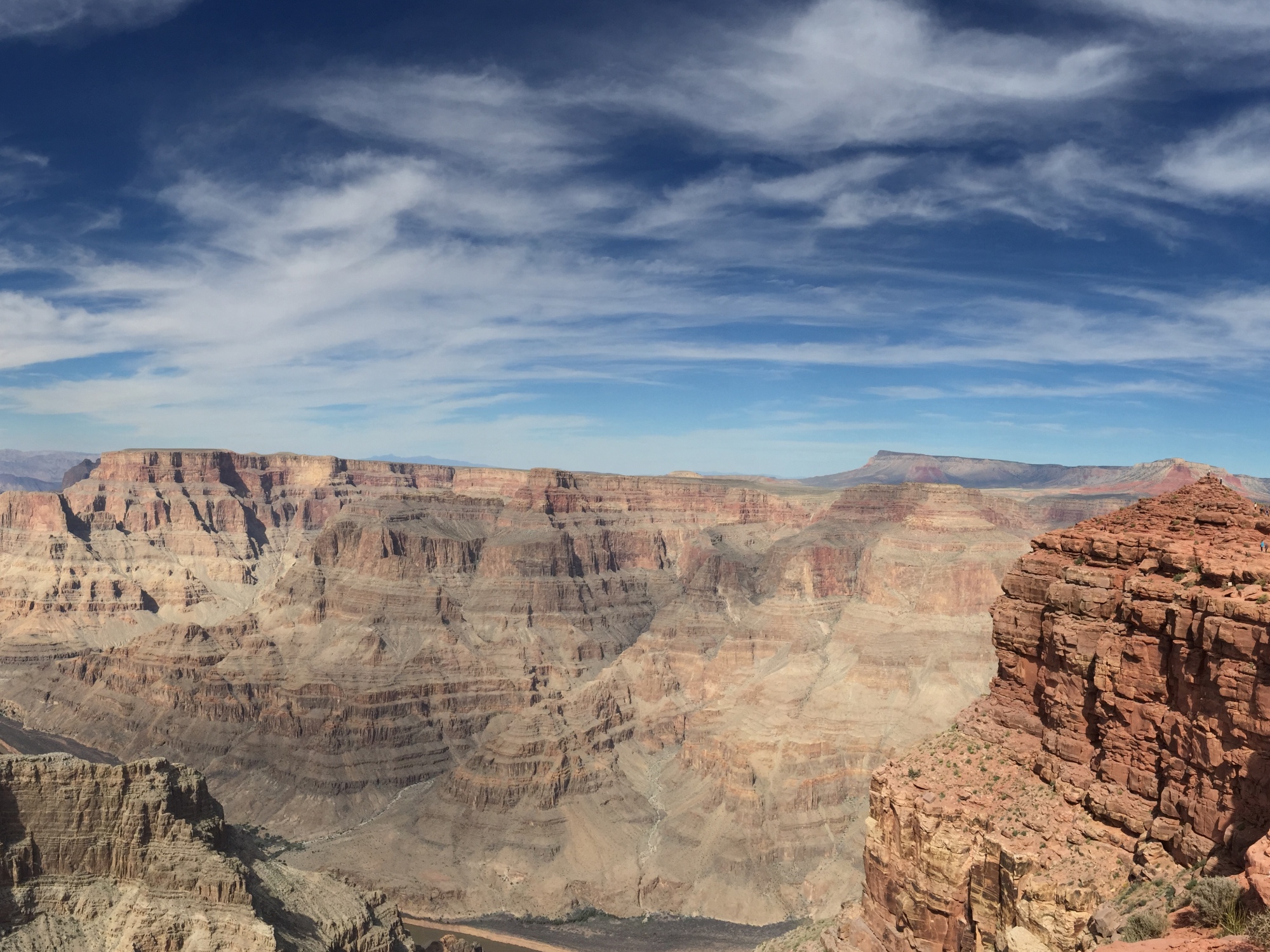 So last week I spent my time in Las Vegas and it was AMAZING! I really didn’t want to come home after a fantastic week in the glitz and glam. So it’s time to reflect on all of the things that happened and show you some of my videos that I created.

This was my second visit to Las Vegas and the Grand Canyon. I last visited back in April 2009 and still think it was one of the best holidays I had ever been on. Going back was going to be an amazing shindig and I got to meet up with one of my good friends who works as an entertainer out there, now that is something I would love to do!

So the first event we saw was the Michael Jackson One: Cirque du Soleil show at the Mandalay Bay hotel. Boy, was it good. The show was very slick and the choreography and acrobatics used were out of this world. It really immersed the audience in to the show as dancers dangled above them and coming out in to the audience to surprise them. It really brought Michael Jackson’s songs to life and the hologram used for “Man In The Mirror” was a nice touch. We were lucky to have front row tickets and I had some of the best views you could ever wish for, it was just a shame I couldn’t take any photos or videos as it was a real treat to behold but we were told that cameras were not permitted. I appreciate the hard work of everybody involved though so it wasn’t a total loss for me, I was just glad to be there to experience it.

I should also mention the roller-coasters on the Strip. They really are fun and you have to be daring to go on them. I went on the roller-coaster at the New York, New York hotel which also takes you through in to the casino towards the end. It is a lot of fun and a great way to see down the strip too, especially going at like 70mph upside down. The main event for me is the roller-coasters at the top of the Stratosphere tower. The tower stands 1149 feet into the air, and on top of that tower there are three breath-taking rides. I went on all three of them and loved every second of it. My favourite still has to be Insanity which spins around in a circle over the edge of the tower with NOTHING beneath you. There is also the Big Shot ride which is officially the highest thrill ride in the world. It goes straight up in to the air as if you are being launched into outer space at a high speed and then you come back down. It sounds simple but it really does take your breath away as you can’t see anything beneath you so much but just Las Vegas ahead of you as you come back down to earth. If you are a thrill-seeker like me, I really recommend you check out these rides.

The next show we saw was the Britney Spears show “Piece Of Me” live at Planet Hollywood. We initially had so-so seats sat towards the back but in the middle but when we got past security we got told to see one of the PR managers who then upgraded our seats to the VIP area. I am not totally sure why they did this but aren’t I glad they did. It really made the evening special and it was such a treat to see Britney live and up close. The show was really good and showcased all of her biggest hits. I managed to take a few photos and videos which you can see below. The only downside for me was that the show went really quick, it was over before you even noticed it had begun. Still, I only realised after the event that we were sitting in good company. Britney Spears’ mum was in the same area as us and we managed to get a quick sneak of her at 10:47 of the following video, look out for her:

Only a few hours after the Britney Spears show we went to the Grand Canyon on an excursion, I really didn’t get much sleep in between. The good thing was that the coach we went on was really roomy and comfortable so I was able to get a nap on the 3 and a half hour trip to the Grand Canyon. This was a really good day out, we got tickets to go on the SkyWalk where you can walk out on to a panel of glass that protrudes out over the canyon itself. There were some fantastic views and a meal was also included so it was a great day. On the way back, the coach driver said you could be dropped off at any hotel you wanted so one near Fremont Street was the destination of choice. I had never been to Fremont Street before so seeing this was a real treat. It has really expanded over the last few days and so it is just as exciting as being on the Strip. The zip-lining looked really cool but not sure I am brave enough to try this, maybe next time.

The final full day in Las Vegas was halloween. Lots of exciting costumes around and lots of different activities to take your pick from. We also saw the Evil Dead 4D musical at the V Theatre. The only thing I would say about this is that it should be treated as a comedy and expect to laugh rather than be scared. It wasn’t really my cup of tea but it was an experience and it did make me laugh at just how corny it was. I had regretted not seeing the live Tiësto club set live at the MGM Grand. Now, that would have been amazing. Maybe next time.

I really enjoyed my second visit to Grand Vegas as I will now forever call it. I have a feeling that Las Vegas will become like my second home and I want to keep coming back to see how things evolve and see new things in town. There were some things that hadn’t changed at all since five years ago but then there were some other brilliant changes and I can’t wait to see what Vegas comes up with next.

Be sure to check out my compilation video too:

One thought on “Grand Vegas”